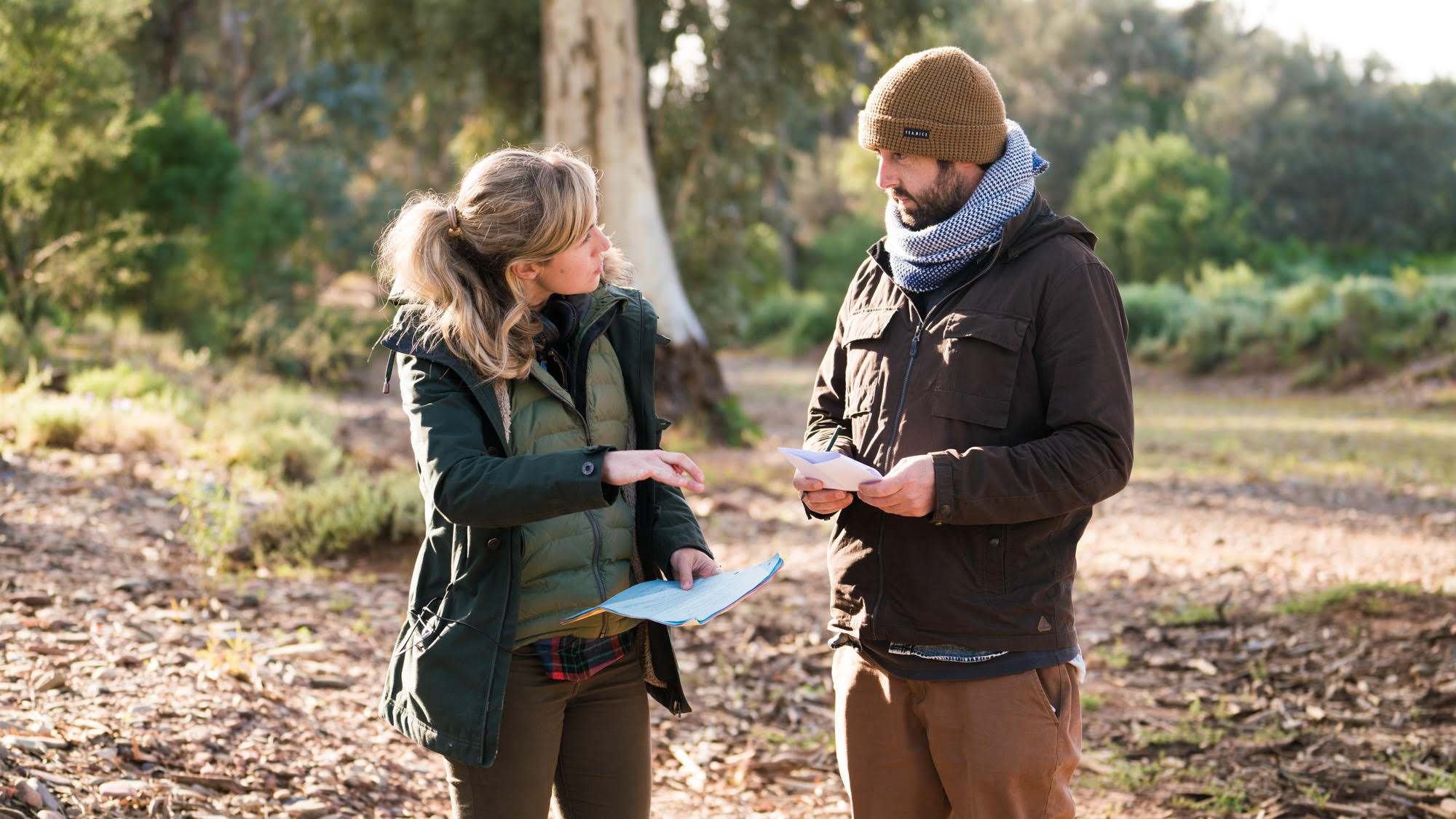 Interview with Yolanda Ramke: Turning her short film Cargo into a star-studded feature

Yolanda Ramke is an award-winning screenwriter, director and actor who's forged a career through short film successes. Her acclaimed short film Cargo, which she wrote, performed in and co-directed with Ben Howling is now being released as a feature. Cargo will mark Yolanda's feature co-directing debut alongside Howling.

Short films are a real narrative in your development as a director, how do you feel they can contribute to your career?

For emerging filmmakers, short-form projects are really the only accessible medium in terms of budget and scale. That was certainly the only route I could see to develop my skills as a writer and director. You find your people, likeminded creatives in various fields who are also hungry to create and prove themselves, and you collaborate. What short filmmaking taught me was discipline and economy of storytelling. You have a very finite amount of time to say what you want to say, and that mentality carries over into your feature writing. You learn to be brutal, to choose your beats more carefully, to pull back. On a directing level, shorts give you the chance to experiment with cameras, coverage, style, and working with actors. The best case scenario is that one of your shorts gathers some traction and can then function as proof of concept for a feature-length idea. In that sense, a short film genuinely can kickstart a career - as Ben Howling and I discovered when our short film Cargo experienced some viral success a couple of years back.

Can you tell us about making your first short film, Shelter?

Shelter was the second short film I’d written after leaving film school, and was the first I’d ever submitted for funding. We ended up scoring a Metro Screen Breakout grant back in 2012, which at the time was a huge confidence boost as a new writer on the block. I think what my experience on that project taught me was that it was important to me personally to see my creative ideas through to completion. I didn’t direct the film, I was solely on board as a writer/actor, and I wasn’t fulfilled in the same way by the process. But I was glad to learn that lesson early on. It confirmed for me that, although I would never rule out opportunities that were purely writing-based, having a directorial voice was also important to me.

You directed a short film, Cargo, which was a finalist at Tropfest in 2013. How was that experience?

Cargo’s success online after the festival came as a big surprise. I think the film has now hit around 11 million views on YouTube, which is madness. The scenario my co-director Ben Howling and I encountered was essentially the stuff of all emerging filmmakers’ fantasies: we secured representation in the US and we attached producers to the feature adaptation. Since then it’s been a case of three solid years of elbow grease, developing the material from treatment through multiple drafts of the screenplay. Like any creative pursuit, there have been ups and downs. I’ve learned a lot - about writing, about the machinations of the industry, about what it takes to get a film made in the current climate. It’s been hard work - as it should be - but it’s also been a privilege to have the opportunities we have had to bring our project to life.

You are directing the feature length adaptation of Cargo this year. Can you tell us what it has been like adapting the short into a feature?

Yes, I co-directed the Cargo feature with Ben Howling, and I wrote the screenplay. We actually just wrapped shooting in South Australia in October with Martin Freeman in the lead, which was an incredible coup and is a wonderful collaborative partnership. We launch into post-production next month. The process of adapting the short took three years from treatment to pre-production.

We developed the material with Kristina Ceyton and Sam Jennings at Causeway Films, and Russell Ackerman and John Schoenfelder out of Addictive Pictures in the US. Development was a very positive experience for us in that we could be confident that our producing team shared similar tastes and sensibilities, understood our intentions for the tone of the film, had a strong focus on story and were able to provide incredibly insightful feedback, and backed our appointment as first-time directors with unwavering support. Cargo was the first screenplay I had ever written. Typically you write your first feature independently, on your own, with nobody watching and in your own time. I was churning mine out with producers attached and with a deadline. Which was both amazing and terrifying. You can’t really prepare for that in advance, you just have to get to work and learn as you go. Just as important, though, is that you lock onto a story and characters that you can fall in love with, because you’re going to spend years in that space and with those fictional people. Beyond that, all you can do is hope the audience will connect and that the material resonates - but until then, it’s elbow grease and blind faith.

Image - Yolanda Ramke and Ben Howling on the set of Cargo, in Leigh Creek, South Australia.