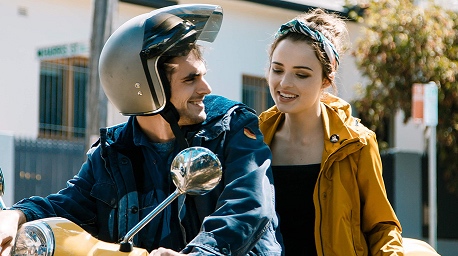 New South Wales is the leading state for screen production

Made in New South Wales

Made in NSW was launched by the NSW Government in 2016 to support the attraction of significant international and domestic feature films and major TV drama. The $20 million over two years (2016/17-2017/18) supports the development of high end screen production in NSW.

By investing in 13 international productions and 20 Australian television series, over 14,000 new skilled jobs have been created in NSW, along with an injection of over $422 million in production expenditure flowing from the projects.

This investment in the screen industry has resulted in an uplift in the NSW screen sector and significant impact for skilled jobs growth and economic activity in NSW, further cementing NSW as the leading State for film in Australia.

International productions enable NSW crews and businesses to invest and use state of the art equipment and provide continuity of employment for production crews in a sector where there can otherwise be gaps in employment. In particular, Made in NSW facilitated the use of innovative technologies in the projects Spider- Man: Homecoming and Peter Rabbit. Both productions used state of the art film technology in post, digital & visual effects (PDV) and computer-generated imaging (CGI) and supported NSW specialist businesses.

The use of innovative technology in NSW production projects creates a groundswell of activity, while enhancing the profile of NSW as the destination for innovation, and ultimately making it easier to attract future productions to the state.

Through incentives for large international productions produced in NSW, the Made in NSW fund supports the exposure of Australian talent on the world stage by creating job opportunities and putting the global spotlight on Sydney and regional NSW as premier destinations.

The fund directly attracted high end international productions such as Pacific Rim Uprising with the star Scott Eastwood using social media to promote the movie’s location shoots around Sydney, as well as a visit to the Royal Nation