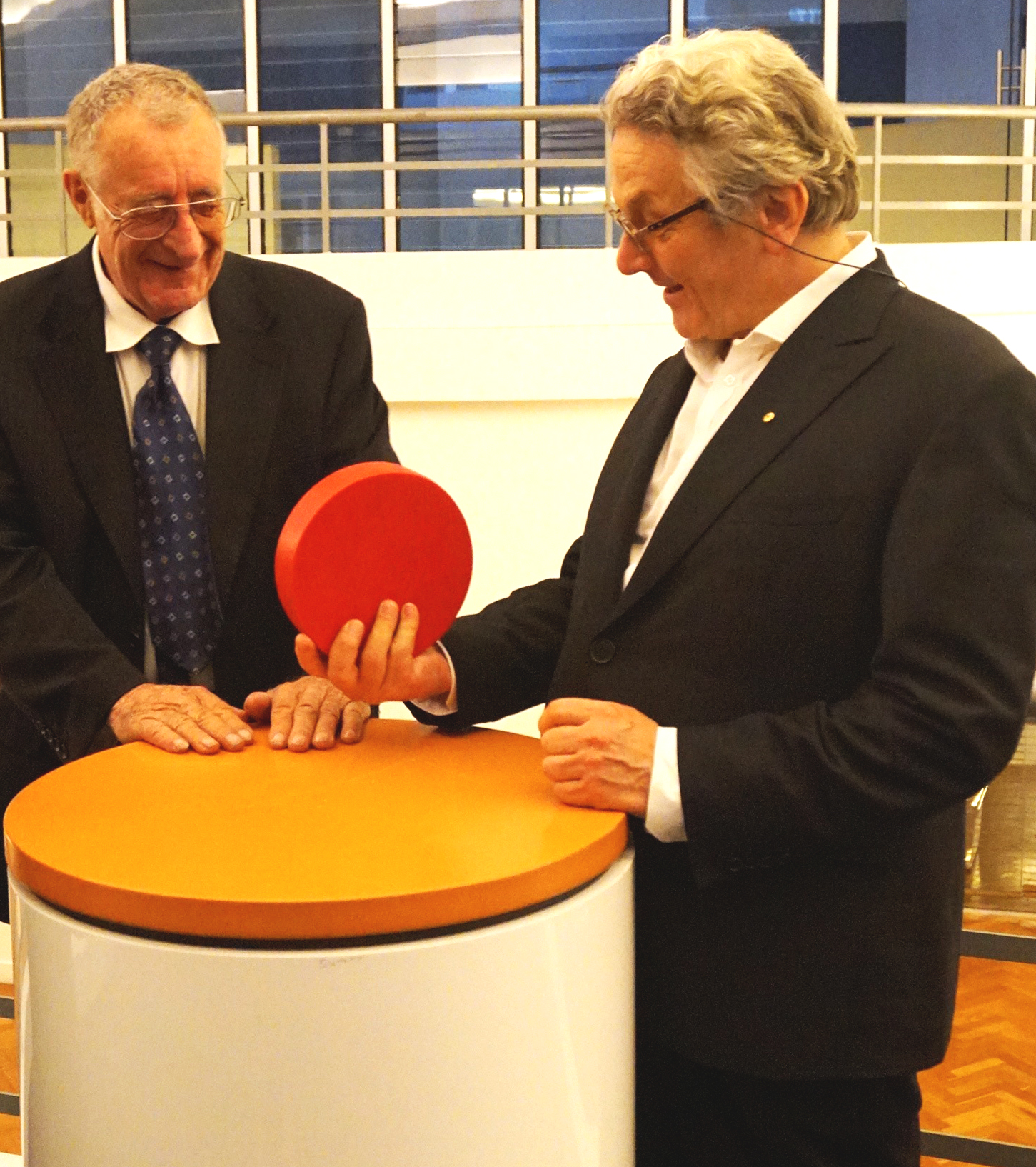 The inaugural Screen NSW Award, honouring an individual to whom both screen audiences and the industry owe a significant debt, has been presented to legendary Australian stuntman Grant Page.

The $10,000 annual award was presented to Grant by Australian producer/director Dr George Miller.  Grant Page and George Miller first worked together on the original Mad Max film in 1976 and subsequently on Mad Max: Beyond Thunderdome in 1985.

“Working, under fierce and extraordinary circumstances, on the first Mad Max I came to know the calibre of Grant Page. A masterful and innovative stuntman, he has a deep and elegant intelligence. He taught me a lot about filmmaking but even more about life. Inspirations which have sustained me ever since. Grant is heroic in every sense of the word,” George said.

Courtney Gibson, CEO of Screen NSW, said: “When the director yells ‘action’ on set, no one takes it more literally than Grant. He created the high-octane hallmarks of 1970s Ozploitation cinema, designing and executing the most radical and pioneering action sequences in the world.

“In terms of legacy and influence, Grant's DNA runs all the way from when Max first got "mad", right through to the Oscars glory of Fury Road, and the ambition, rigour and outright spectacle of his work is simply without compare.”

As well as coordinating stunts for Mel Gibson, Grant has worked with other screen heroes such as Jackie Chan and his work has been hailed by director Quentin Tarantino.  He played the killer in the 1981 thriller Roadgames, which is Tarantino’s favourite Australian film.  Grant’s early credits include such seminal Australian films as Mad Dog Morgan, The Odd Angry Shot and The Picture Show Man.  Over his career has also co-ordinated stunts on popular Australian television series such as Police Rescue and All Saints.

An actor in more than 25 film and television productions, including Rolf de Heer’s The Tracker, Grant famously featured as himself in the Australian documentary series Danger Freaks.

After more than five decades at the top of his game, Grant has not stopped working, in recent years completing stunt work on productions such as Alex Proyas’ Gods of Egypt, the TV series Danger Five and Patrick, starring Rachel Griffiths and Charles Dance.

Grant was born in Adelaide in 1939. His two youngest sons Leroy and Gulliver have followed him into the stunt business.

The Screen NSW Award is one of three awards the agency will award annually to trailblazers in our industry. The Sydney UNESCO City of Film Award, announced each year at the Sydney Film Festival, honours an outstanding NSW-based screen practitioner whose work stands for innovation, imagination and impact.  This year’s inaugural award went to artist, filmmaker and VR pioneer Lynette Wallworth.  Rebel Wilson was last month awarded the inaugural Screen NSW Annette Kellerman Award.  The award is to be presented annually by Screen NSW, in a partnership with Australians In Film (AiF) and Vogue Australia, to a screen industry figure who is “doing it her way” in Hollywood.