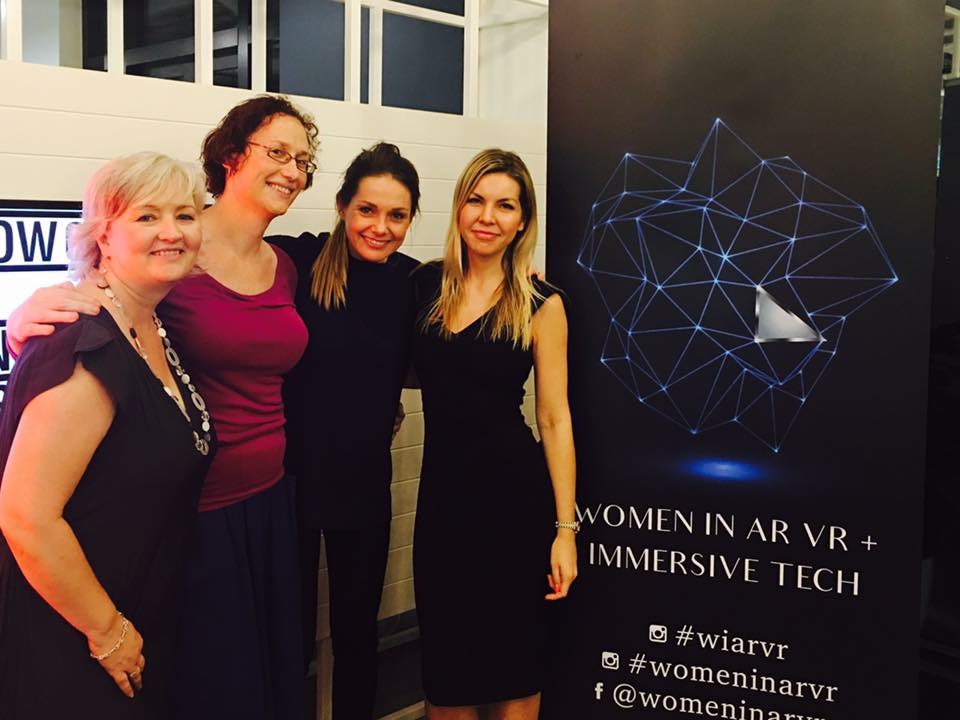 There’s a new women’s tech group in town... And when the industry they represent is predicted to be worth $120B by 2020, you know this is going to be one to watch!

Women in AR/VR (WIARVR) will join AIT Sydney this International Women’s Day on March 8th, to celebrate this exciting new industry, with leading female speakers, world-class demos, the “Ferrari” of VR and the latest AR/VR technology on the market.

WIARVR, was founded August 2016 by Amber Cordeaux, after she returned from a fund-raising trip the the US for her start-up, Humense (holographic communication/platform and content creation/sharing tools), during which time she saw several inspiring groups for women in AR/VR. Not being able to find a group like them in Australia when she returned, she started a group herself.

The Co-Founders of WIARVR are women as she says “are forces of nature” in the AR/VR space. Carli Johnston, who is Co-Founder of Virtual Method, bridges inter-spatial technologies with consumer culture, zeitgeist and storytelling for her brand-partners, Michela Ledwidge - CEO of Studio Mod and internet pioneer since the 90’s, and Alison Nolan has a producing background and is setting up Australia’s first association for the ‘realities’ sector.

AR/VR is set to change the world as we know it from education, to entertainment, manufacturing to medicine… there soon won’t be a part of our lives that is not in someway enhanced by this new technology. Known as “the fourth wave” behind the hugely impactful introduction of the personal computer, the internet and then mobile, AR/VR is said to be a tsunami that’s well and truly on its way with $2.3bn USD invested in the industry last year, an impressive 300% growth from 2015.

To attend this free event go to: https://www.eventbrite.com.au/e/international-womens-day-with-women-in-arvr-and-ait-tickets-31901578480

Or join the Women in AR/VR meetup group via their Meetup page.